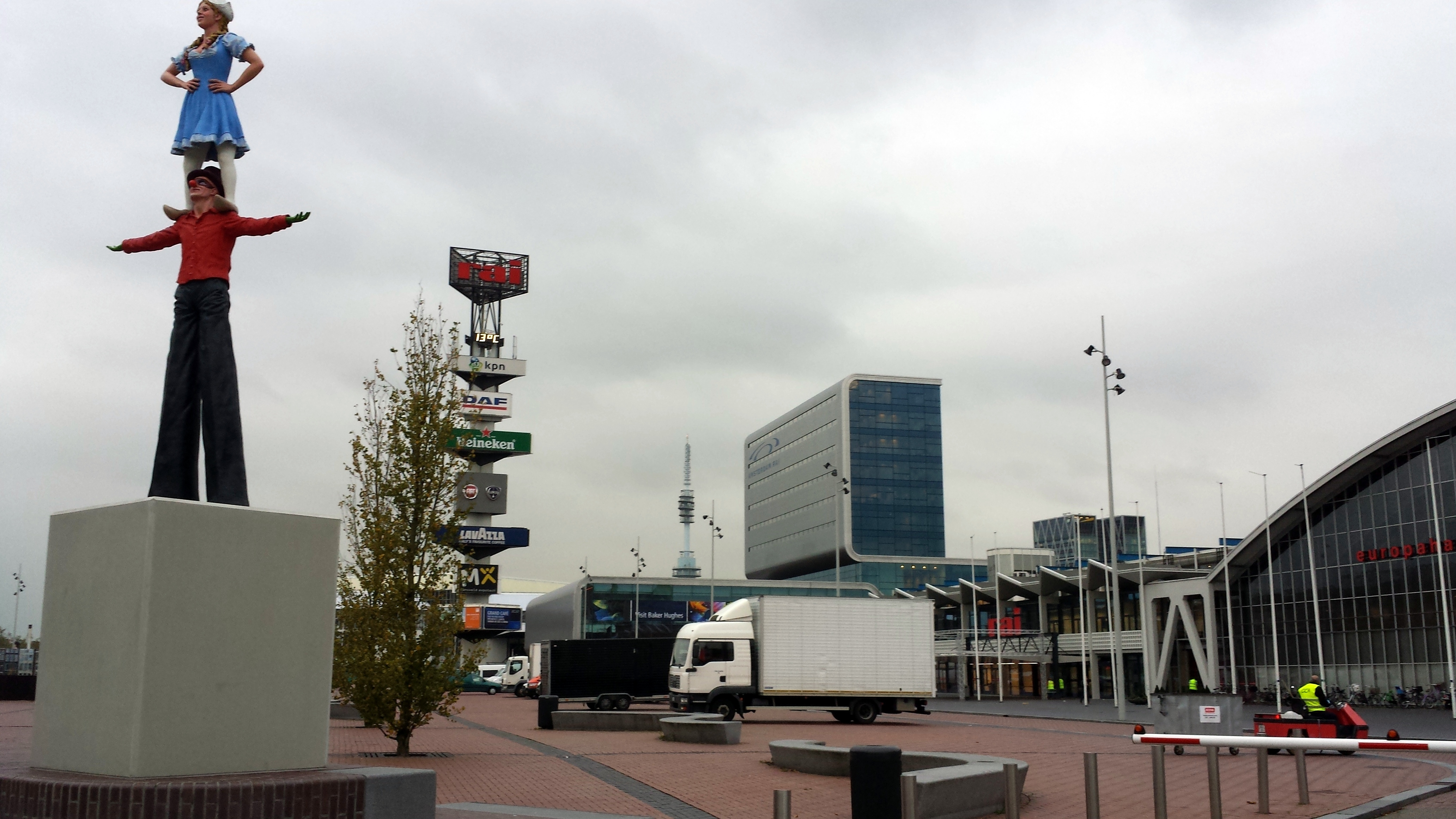 As a fan and long time attendee (15 of the last 17) of the HR Tech Expo in the states, I was always wondering why I did not hear about something similar going on in Europe. That all changed a few years ago when Marc Coleman and his amazing team from HRN Europe created one of the fastest growing events in the industry. In three short years it grew from nothing to a driving force that expects to double for their next event in Paris, the HR Tech World Congress.

Check out these stats from their latest event, held in Amsterdam:

The first thing I discovered after being invited to join their blog squad, was how innovative the HRN Europe team is. As I researched their organization I realized they really know how to build value for the entire HR community, not just those who sign up for the conference – an example being all of the presentations and the video interviews get posted publicly for everyone to enjoy.

My first day ever in Amsterdam was topped off with a private party hosted by Textkernel overlooking the city, a great event with a great view! 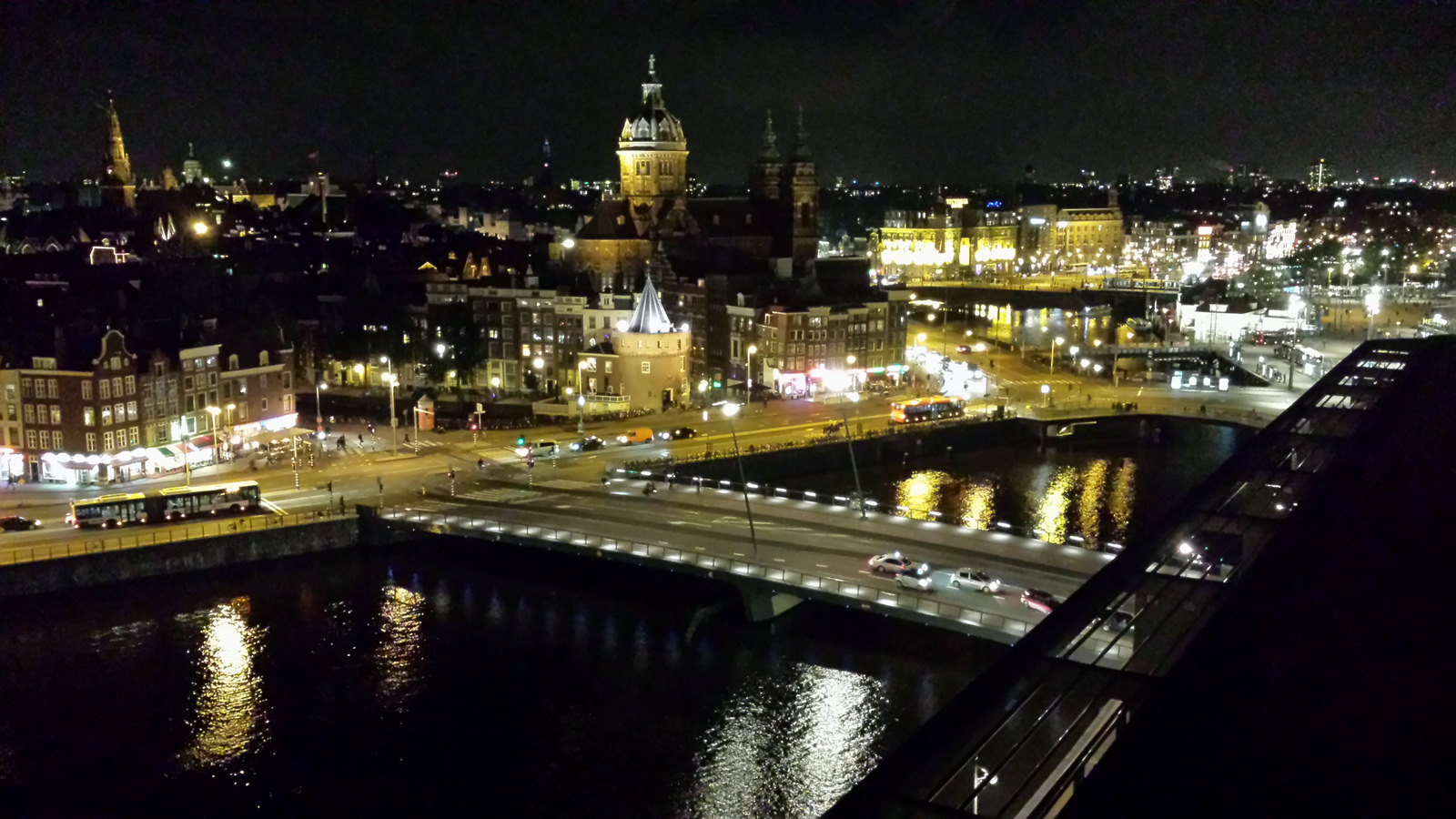 The morning of the first day of the conference had everyone gathered in the main auditorium to hear the opening Keynote. The screens were huge as expected but one screen was dedicated to showing the Twitter stream real-time to attendees! I tried in vain to capture one of mine in the photo or video but it was very engaging to see people’s comments for all to see.

Being on the Blog Squad, I had full access to the entire event and with so many great presentations being shared, my biggest issue was trying to be 5 places at once! Thankfully I can review the ones I missed later from the comfort of my home office.

<YouTube video removed as it is no longer available>

The highlight of the event for me, and captured so well by the HRN team, was an interview with Josh Bersin, Principal and Founder of Bersin by Deloitte. We had a great conversation about the future of the HR Tech ecosystem and how partnerships and alliances between the larger vendors and the smaller ones will be key to delivering top results for the end users. We also pondered if the incubators being built by the larger players will prosper or dissolve in the future – his prediction? Continued adoption and expansion to ensure innovation. But how? Check out the interview <YouTube video no longer available>. 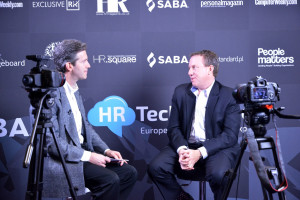 In one of Jason Averbook’s last interviews as Chief Business Innovation Officer for Appirio (he’s now CEO at The Marcus Buckingham Company), I asked him about the future of HR Tech and he shared great wisdom on topics of innovation, growth in the mid-market, and consolidation of the vendors in the HR Tech industry. Will point solution alliances foster more collaboration to compete with the larger “suites”? Will the larger vendors invest in startups to build a pipeline of innovation that will help with client retention? Yes, but… check out the interview for more insights.

The event was great for practitioners looking to learn about the HR Tech space, but I was there for the main vendor hall and to meet up with entrepreneurs in disruptHR, a new section created for the startups and smaller vendors. 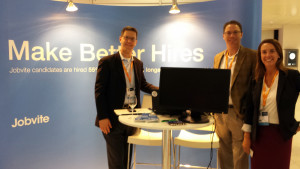 The expo hall had companies from all over the world. With 25% coming from the US, many of which for the first time like Jobvite, some were looking to expand into Europe while others have had a regional office already in place, e.g HRsmart. 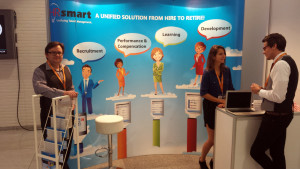 I’ve been to 100’s of conferences and it’s the little things that often make it a great event; examples include: 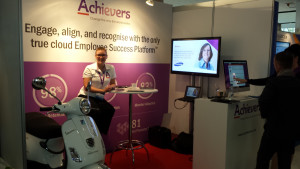 After the event I followed up with Eric Allen, Achievers Managing Director, EMEA who shared “It was invigorating to bring a new category of solutions focused around the employee and their success, to this year’s HR Tech Europe. As Europe bounces back from recession, attendees noted that they’re now focused on their greatest assets—their employees. Their efforts to better recognize and engage employees will drive performance and attract and retain top talent—key differentiators in the eyes of the employee.”

Addendum: What about the fun? In Amsterdam? Hard as I tried I could not make it to every party… but it was fun trying! Note to the gracious sponsors of the parties – next year please schedule a few for the second night!